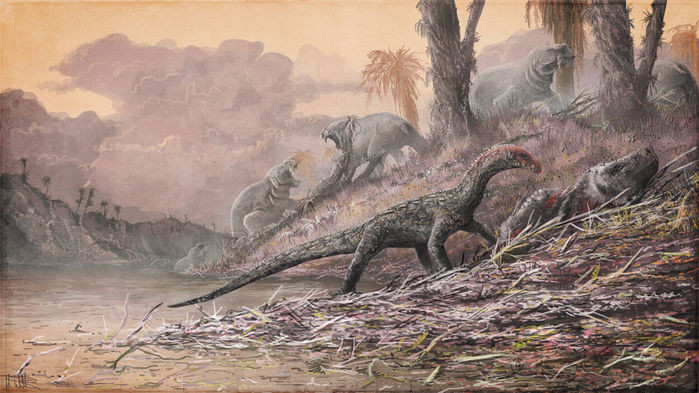 A study starting with a fossil at the Natural History Museum in London has unearthed a link to the evolution of the dinosaurs.

Fragments of a 245million-year-old fossil of a Teleocrater rhadinus which was collected from southern Tanzania in 1930 and exhibited at the Natural History Museum suggested that it could be an early dinosaur relative. However, it was difficult to place. When a new study on its discovery site was undertaken in 2015 palaeontologists found several individuals of the same species, and researchers were able to look more into the creature's features. 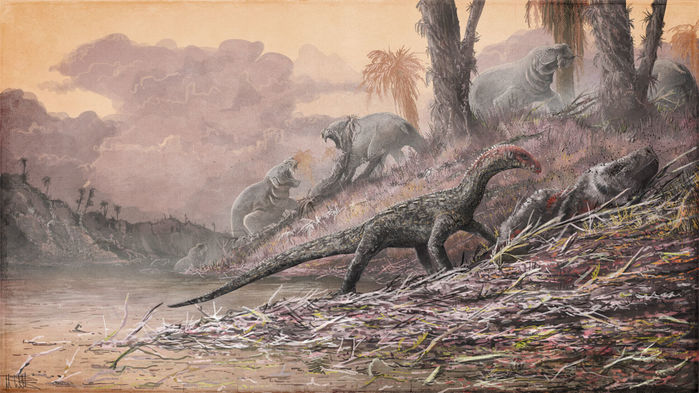 One important feature was that the Teleocrater rhadinus had ‘crankles’ (known as crocodile ankles). They found that this was an early connection with the dinosaurs. Teleocrater rhadinus had a long neck and tail and walked on all fours, similar to today's monitor lizard or crocodile. Measuring between 7ft to 10ft long and 2ft tall this carnivorous reptile weighed between 9kg to 29kg, and walked the earth during the Triassic period and pre-dates the dinosaurs by about 10million years.

Dr Richard Butler from the University of Birmingham and a member of the 2015 discovery team said: "Teleocrater fundamentally challenges our models of what the close relatives of dinosaurs would have looked like.

Dinosaurs were amazingly successful animals. It's natural to want to know where they came from, and how they became so dominant.

Teleocrater is hugely exciting because it blows holes in many of our classic ideas of dinosaur origins."

The complete writing on the discovery is found in the journal Nature.

So far 108 species of dinosaurs have been discovered in Britain. Britain was an important area during…
View more Dino Facts